What is Vetom?
A unique patented preparation that increases the body’s resistance
Vetom helps the body mobilize its own strength

VETOM series preparations are probiotics which contain microbial cell masses of living spores of Bacillus subtitles.
During its development, it met viruses, fungi, and bacteria on its way that forced it to develop antibodies to survive and continue to multiply. All the information was stored in its DNA.

Because of these properties, bacteria has become of interest to scientists. 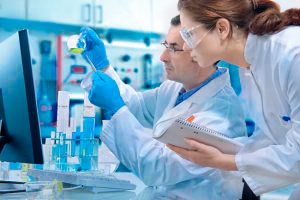 The basic Vetom preparations were developed in the postwar period in Russia. Secret military research has developed a preparation that is effective enough to protect humans from the consequences of a nuclear, biological or chemical attack.

The assignment was clear!: TRAIN BACILUS SUBTILIS to support the resistance and defenses of people in the shortest possible time and to kill pathogenic viruses and bacteria.
After the change of the Russian political regime in the 1990s, this military research was DISCOVERED and the preparation began to spread commercially.